Relationships in the entertainment industry are really unpredictable 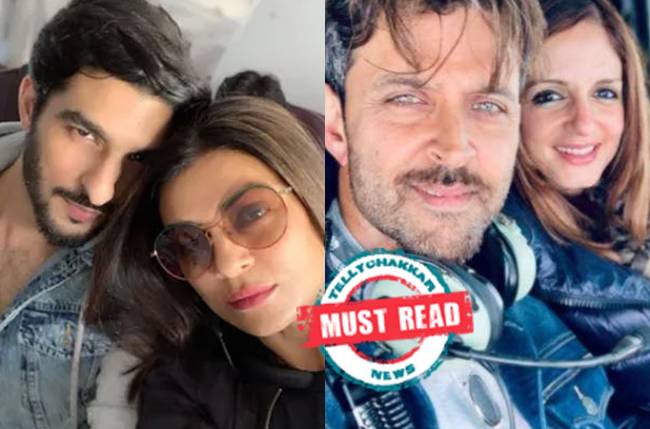 MUMBAI: Fans often witness that their favorite celebs start seeing someone and they manage to give #couplegoals with their mushy pictures. Within no time, the couple will surprise everyone with their breakup news. Here is a list of celebs who managed to remain good friends even after their break-up.

Aarya 2 actress Sushmita Sen recently confirmed that she ended her three-year relationship with Rohman Shawl. She took to Instagram to share the news and shared a cute picture of them. Sushmita wrote, “We began as friends, we remain friends!!! The relationship was long over… the love remains!!! #nomorespeculations #liveandletlive #cherishedmemories #gratitude #love #friendship I love you guys!!! #duggadugga.”

Hrithik Roshan and Sussanne Khan ended their almost 12 years long marriage in the year 2013. But they made sure that their kids, Hrihaan and Hredhaan are not affected by it at all. They have setup with a fabulous system of co-parenting and are doing it prolifically.

Amrita Singh was Saif Ali Khan’s first wife. Sara Ali Khan and Ibrahim Ali Khan are their kids. The couple parted ways long ago, however, they did not let anything affect Sara and Ibrahim.

It was in July this year that Aamir Khan and Kiran Rao announced their separation. However, the star couple has made sure to give their son Azad Rao a pretty normal environment of a family.

Salim Khan first married Helen in 1964 and then Helen in 1981. He has children Salman Khan, Arbaaz Khan, Sohail Khan, and Alvira Khan from Salma Khan. And post marriage with Helen, Arpita Khan was brought home. Despite everything, the Khan family remains to be one of the most united and loved ones in the industry.